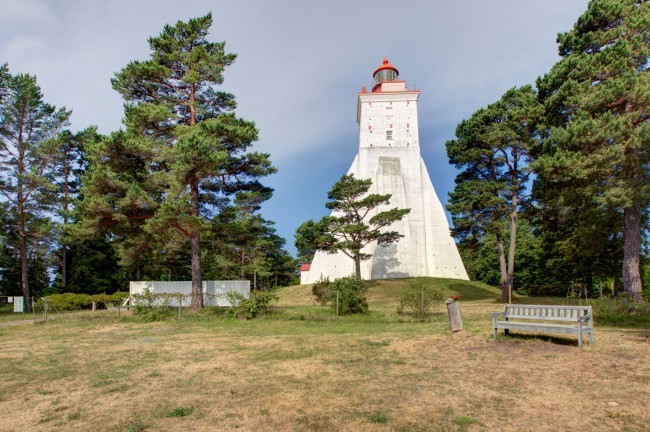 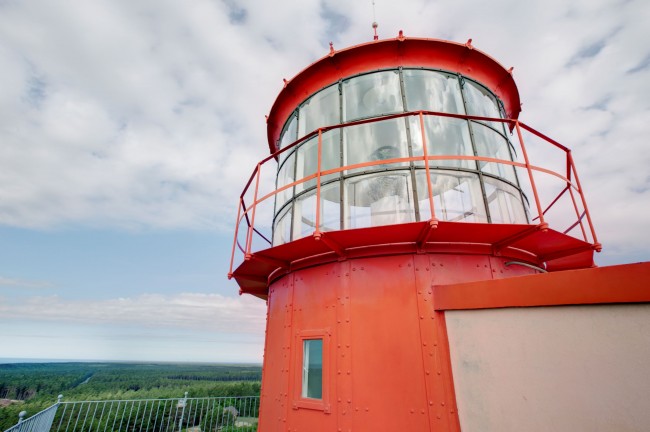 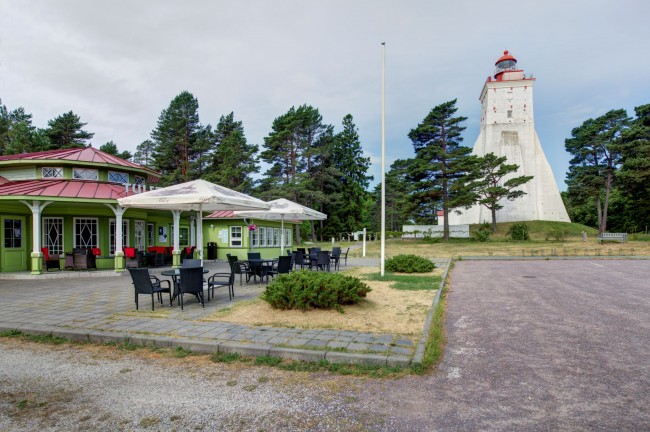 Kõpu, Hiiu county
Learn more
The Kõpu lighthouse is located in the village of Mägipe in the hills of the Kõpu peninsula, on the island of Hiiumaa, in Western Estonia. It is the oldest continuously operating lighthouse on the Baltic Sea, and the third oldest in the world.
The white, four-sided colossus with supporting pillars has a balcony and a red lantern room. Climbing the narrow, steep stairs carved out of the tower, you see the amazing history of one of the world's oldest lighthouses, testifying to the development of seafaring, construction and science. Next to the tower is a charming café, children's playground, and a souvenir shop.
The giant daytime sea mark, or beacon, was originally constructed at the highest point on Hiiumaa at the behest of the Tallinn magistrate in 1504. The tower was erected to show the way and provide safe passage to Hanseatic ships. Prior to this, boats on the Baltic would have to hug the shore, so the shipping lane followed Aland and the Finnish coast; afterwards, the sailors would cross the Baltic directly. The Kõpu highland was the first landmark they would notice on the horizon. In 1649, the tower's upper platform was flattened to hold a bonfire; a firepit, external ladder and a winch for delivering fuel were installed. The beacon became a lighthouse, and by the end of the century, the top of the tower was hollowed out to create a guardroom for the crew and fuel storage.
From 1810, the tower was owned by the navy. Stairs were carved into the southwest pillar, and two floors were added to the top of the tower, all crowned with a 12-faceted lantern room housing 25 oil lamps with brass reflectors shining in three directions. In 1900, a new lantern room was purchased for the lighthouse from the Paris World's Fair. This featured a dioptric optical device spinning on a bath of quicksilver, and radiating via a kerosene-fueled incandescent mantle. Later on, the tower's optics were repeatedly modernized, and the facility switched to electrical power.
At the end of the 20th century, a strong reinforced-concrete jacket was poured around the base of the tower, to prevent it from collapsing.
Virtual tour
back